We can't do without the mobile phone for 24 hours, we need the power bank to continue the power.

But because of forgetfulness, I often forget to bring a plug, and I can't recharge the power bank in time. This is a very tricky thing.

Recommend a small and practical power bank 5200 for you today, from the brand Heloideo.

It comes with a plug, which is both a power bank 5200 and a charging plug.

Plug the AC plug and plug it directly into the socket to charge the power bank.When charging, there are no messy wires and the surrounding environment is more tidy.

It can also be used as a charging plug, power bank will preferentially charge the electronic device, and then charge itself.

Go out, travel with you, don't be cumbersome; take it with your mobile phone while charging, don't be heavy.

The battery capacity is 5200 mAh, for example, iphone8, you can fill it 2 times.Going out, the phone’s power is always full, too satisfying.

The power bank 5200 with a usb output, built-in two charging lines, can charge two devices at the same time. 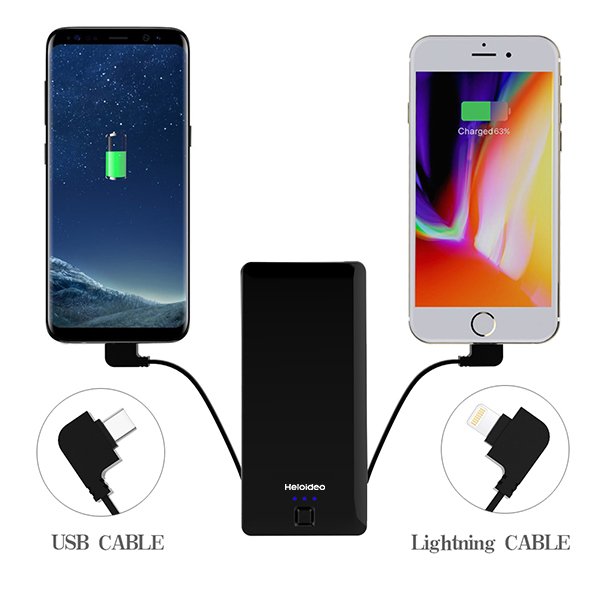